How will Amazon maintain its culture as it approaches 1.3 million employees and prepares for its founder Jeff Bezos to step down as CEO? One answer is the set of processes and principles that the company has put into place, the “Invention Machine,” created by Bezos and his leadership team inside the company.

That’s the assessment of Bill Carr, a former Amazon executive and the co-author of the new book, Working Backwards, with fellow Amazon veteran Colin Bryar.

“I firmly believe that one of the biggest legacies of the company is likely to be their contribution to management science,” Carr says. “Colin and I were hoping to codify that, simplify that, and pass it along to the world so that the next generation of business leaders can learn and grow from it.”

Beyond providing a blueprint for others, he predicts that Amazon’s processes and principles will “enable the company to continue to thrive and innovate for decades after Jeff’s departure” as CEO. Bezos will remain involved with the company as executive chairman.

Carr spent more than 15 years at Amazon, as a vice president who launched the company’s digital music and video businesses, including Amazon Music, Prime Video and Amazon Studios. He’s the former COO of digital marketplace OfferUp and was an executive in residence at venture capital firm Maveron.

Bryar, his “Working Backwards” co-author and partner in their consultancy of the same name, spent 12 years at Amazon, including two as Bezos’ technical assistant during a pivotal period that included the launch of Amazon Prime and Amazon Web Services.

On this special episode of the GeekWire Podcast, Carr discusses the new book, describes Amazon’s unique approaches, and shares inside stories including the offhand remark by the late Apple CEO Steve Jobs that contributed to the creation of some of Amazon’s most important products and services.

Listen above, subscribe to GeekWire in any podcast app, and continue reading for key takeaways. Also read this review of the book for GeekWire by former Amazon board member Tom Alberg.

The inspiration: The idea was to answer the question, how does Amazon do it? “How have they managed to go from being a relatively successful ecommerce company back in the early 2000s to this highly diversified company that is in so many different and diverse businesses today?” Carr says. “We actually knew most of this stuff already, so it was not so much a research effort, as 85% of this poured out of our minds from our combined 27 years of history.”

The book details the components of Amazon’s “Invention Machine.” As Carr explains, “that machine is a combination of the 14 Amazon leadership principles and how those leadership principles are knit into, or connect into, a set of five scalable repeatable processes, one for hiring, one for how the company conducts meetings, one for how the company develops new products, how they organize teams, and how they track metrics.”

Apart from providing the big picture, the book is a nitty-gritty how-to guide. For example, the chapter on hiring suggests two questions that often elicit telling responses during reference checks for prospective employees: “If given the chance, would you hire this person again?” and “Of the people you have managed or worked with, in what percentile would you place this candidate?”

What “working backwards” at Amazon means in reality: “Working backwards refers to a way of thinking at Amazon, as well as a specific process,” Carr explains. Simply put, when developing a new product, Amazon teams start by writing the press release and associated FAQ, envisioning how the product will launch and meet customer needs, and then they work backwards from there, to make that future a reality.

Bezos is often among the last to finish reading these documents in meetings. This does not mean that Bezos is a slow reader, Carr says. Instead, it means “he’s thinking very deeply about every word, every sentence in the document and analyzing it, to decide whether he actually agrees with that, or thinks that the facts presented in that sentence or document actually lead to the conclusions that are presented, as well, or maybe lead him to different conclusions.”

What about the negative impacts of the company’s customer obsession? Should empathy for others be the 15th leadership principle? This was not within the scope of the book, and Carr says it’s not a question for him to address as a former executive. Amazon has launched a series of philanthropic initiatives in recent years, including its global Climate Pledge and a fund to protect affordable housing in its headquarters communities in Seattle and Arlington, Va.

How the authors used Amazon’s processes to write the book: Distilling the information and making it accessible to someone who has never worked at Amazon was not as simple as Carr and Bryar had assumed. They went through their own process of starting with the customer, and ended up writing the book to convey “a set of repeatable, scalable processes that any company can use,” Carr says.

These specific processes were developed in order to facilitate and enable Jeff to effectively have his mindset and the way that he works and thinks, extend to the company in an infinitely horizontal and vertical way.

To what extent should other companies try to replicate what Amazon does? The company’s processes “really can work for any kind of company,” Carr says. “We’ve tried to make them accessible so that any CEO, any business leader out there can either learn from them and take some bits and pieces to apply in their business, or, in fact, literally take these processes and implement them in their company if they wish to.”

But can these processes and principles stay consistent at a company with more than 1 million people? In fact, Carr says, they’re a fundamental reason that Amazon has been able to grow so rapidly. “These specific processes were developed in order to facilitate and enable Jeff to effectively have his mindset and the way that he works and thinks, extend to the company in an infinitely horizontal and vertical way,” he says.

How an offhand remark by Steve Jobs helped to shape Amazon’s path: “Amazon has a decent chance of being the last place to buy CDs,” the late Apple CEO told Bezos and a group of Amazon executives in 2003, prior to the release of iTunes for Windows, according to the book. He was predicting that the rise of digital music would put record stores out of business, leaving Amazon as the last major seller of music in the form of physical media. After that “backhanded compliment,” as Carr describes it, Amazon ultimately moved into digital media.

However, Amazon proceeded methodically, not in a reactionary way. In line with the company’s principle of obsessing about customers, not competitors, Amazon didn’t simply mount its own direct response to Apple. Rather, Bezos assigned executive Steve Kessel (to whom Carr reported at the time) to focus solely on digital media, to study customer needs and how Amazon might uniquely fulfill them. This is an example of what Amazon calls “single-threaded leadership.” The first big digital media product they launched was not in music, but rather in books: the Amazon Kindle.

Bottom line: Ultimately, Carr says he believes Amazon’s processes will come to be viewed as being just as innovative as the company’s products.

Working Backwards, published by St. Martin’s Press, is available on Amazon or wherever books are sold. Podcast produced and edited by Curt Milton. Theme music by Daniel L.K. Caldwell.

Conclusion: So above is the Amazon’s enterprise secrets and techniques: Former insiders clarify how the tech big actually works in new e book article. Hopefully with this article you can help you in life, always follow and read our good articles on the website: Doshared.com 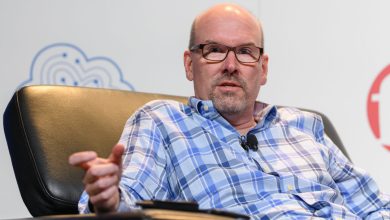 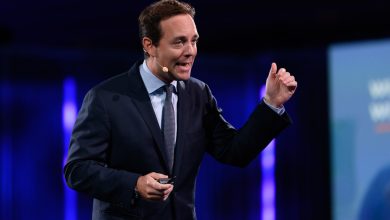 Unique interview: Spencer Rascoff talks SPAC mania, house shopping for and why he’s created a stealthy social media startup together with his daughter 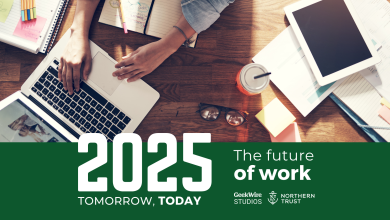 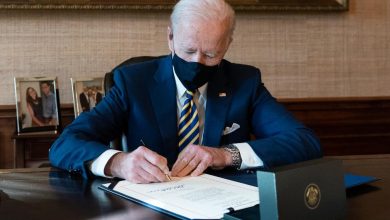 What the Biden administration means for tech, from the way forward for work to regulatory crackdowns