Large tech companies including Zillow Group and Amazon are turning up the dial on stock compensation in a bid to reduce churn.

There are a bevy of factors incentivizing employers to increase the amount of stock they are providing tech workers, including the ongoing war for talent, the Great Resignation, and a shaky stock market.

The recent shifts in compensation structure could be a boon for startups.

Even when large companies increase stock awards in the name of retention, the total package offered to employees “no longer takes their breath away,” said Julie Sandler, co-founder and managing director at Pioneer Square Labs.

Tech workers are watching the value of their stock-based compensation get dramatically reduced in a short period of time due to the downturn, said Nathaniel Donohue, co-founder of Consilio, a wealth management firm that primarily works with tech workers.

“It creates a huge retention problem,” he said.

Companies are choosing to grant employees additional stock to offset those losses. Zillow announced during its Q2 earnings call earlier this month a new equity initiative to “shore up compensation” for employees who have a gap between planned and actual compensation. It will begin issuing additional restricted stock units to its employees over the next few years, costing the company between $180 million and $190 million, with 2% dilution.

“Practically speaking, it would be more expensive to recruit and replace valuable employees tomorrow than it will be to retain folks today,” Zillow CEO Rich Barton said during an earnings call. “Attrition and churn is an insidious barrier to growth.”

Restricted stock units, or so-called RSUs, are a form of stock-based compensation that employers grant to their workers. They are awarded over a vesting period, which describes a duration of time before an employee can receive their shares from the company. This is unlike stock options, which require the employee to purchase the shares back from the company. Historically, many firms took advantage of RSUs as a way to keep employees on board, often referred to as golden handcuffs.

Amazon, which already boosted its max pay to $350,000 from $160,000 in February, granted 138 million restricted shares to its employees in the second quarter ended June 30, per a report by The Information. That is an 82% increase from the number of shares for employees it issued during the same period last year, the report said.

But doling out more shares may not be enough to keep workers who are weighing the benefits of joining a high-growth startup.

When employees accept stock to supplement their cash salary, they discover they are earning much less when the stock price of the company plunges, Bloomberg reported.

Many startups that are still in their seed, Series A, or Series B investment rounds can provide new hires with the option to decide if they prefer more equity or more cash compensation, he added.

Large tech companies are often unable to match that level of flexibility, giving startups the advantage as they recruit employees. Sternbach said that this has always been the case but that he is now seeing this happen on an increasing scale.

Many startups will provide a large number of shares as a basis for compensation to maximize the amount of cash left on their balance sheets — particularly as they look to conserve cash amid economic uncertainty. In the case of a liquidation event, such as an IPO or acquisition, these shares can be sold by the tech worker for a massive return.

In some companies, evidence of an eventual path to monetize stock options are more important than the equity itself, CNBC also reported. For example, when artificial intelligence software startup DataRobot remained private, it caused more than 1,200 employees to not have the chance to cash in on their shares, The Information reported, which resulted in an internal uproar.

Sandler said she is currently advising the startups in her portfolio that there are two factors happening at once when it comes to hiring tech talent: a tight labor pool and an economic downturn.

“By definition, the act of hiring right now is convincing people to take personal and professional risk in the name of your mission,” she said. “Compensation packages should reflect that.”

Another potential benefit for tech workers joining a startup is that their work could have more of a tangible impact on the company’s performance, said Textio CEO Kieran Snyder, who wrote a blog post about stock-based compensation.

“When I was at Microsoft, I had a fairly senior role, and I’m also certain there was nothing I did that could change the stock price very much month-over-month,” she said. “That’s really different for the employee of a startup, where everything you do in a small environment can change the trajectory of the company.”

She warned it can be hard for potential startup hires to estimate the value of their stock awards, and that cashing out on those stock options requires a secondary market or acquirer to purchase them.

These risks, she says, are important for anyone joining a startup that may not have been previously exposed to stock-based compensation to understand and consider.

“The people who usually don’t have the information are the people who have been most underrepresented in startups before,” she said. “So you have real systemic inequities that get perpetuated.”

This is different than a publicly traded tech company such as Zillow, which already has a market for liquidating shares.

“It recognizes the importance of retaining talent and aligning their compensation with the long-term interests of shareholders,” he said. “I hope you’ll agree with and understand our decision.”

Editor’s note: This story was updated to clarify the difference between stock options and restricted stock units.

Conclusion: So above is the As tech giants improve inventory compensation to retain expertise, can startups take benefit? article. Hopefully with this article you can help you in life, always follow and read our good articles on the website: Doshared.com 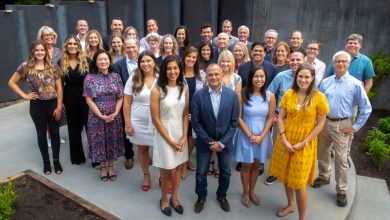 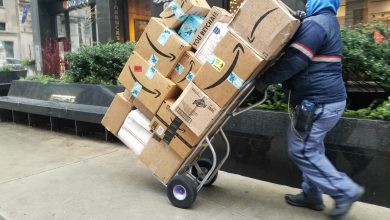 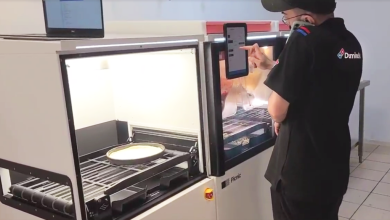 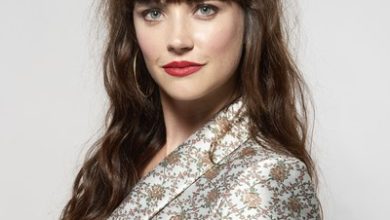