California-based Astra sent a batch of satellites into orbit for Seattle-based Spaceflight Inc. from an Alaska launch pad today, a just a little more than a month after Astra’s launch failure in Florida.

Astra’s LV0009 launch vehicle lifted off from the Pacific Spaceport Complex on Alaska’s Kodiak Island at 9:22 a.m. PT, and about an hour later, Astra CEO Chris Kemp reported that the mission was a success.

“Our customers are calling us and indicating that the satellites are alive, they’re talking, which means that they’ve been successfully deployed,” he said during a webcast. “The flight was nominal. We were able to precisely deliver to the targeted orbit and inclination at orbital velocity. … It’s been a long journey.”

Astra went public on the Nasdaq stock exchange last July, thanks to a blank-check merger orchestrated by Seattle-area telecom pioneer Craig McCaw. The company’s status as a publicly traded company led to some ups and downs today as investors waited for word about the mission’s success or failure — and despite notching a success, Astra’s share price ended the day slightly down, at $3.49.

Spaceflight Inc., which handles launch services for small satellites, helped with the integration of the Astra-1 mission’s payloads.

One of the payloads was OreSat0, a nanosatellite built from scratch by students at Portland State University in Oregon. The satellite is meant to test the technologies that will be used for OreSat, a NASA-supported mission to conduct climate science and foster STEM outreach.

“We couldn’t be more pleased to work with our Pacific Northwest neighbor Spaceflight to get OreSat0 launched,” faculty adviser Andrew Greenberg said in a pre-launch interview.

Indiana-based NearSpace Launch worked with Astra and Spaceflight to get its S4 Crossover spacecraft sent into orbit. S4 Crossover serves as the prototype for a self-powered payload hosting platform that can carry transmitters, sensors and other instruments. It’s expected to undergo a few weeks of on-orbit testing before descending to its demise.

No information was disclosed about the mission’s third customer.

The Astra-1 mission followed an unsuccessful mission that was launched from Cape Canaveral Space Force Station in Florida on Feb. 10. Four NASA-supported nanosatellites were lost when something on the LV0008 rocket went awry during stage separation.

The failure was traced to an electrical issue that affected fairing deployment, plus a software glitch that sent the upper stage tumbling in orbit. Those flaws were fixed in time for today’s launch, the company said.

Astra has big ambitions, including a plan to raise its launch rate to roughly one per day by 2025 and to deploy thousands of satellites for a telecom mega-constellation. Over the past year, it’s had a mixed record: Last August, its LV0006 rocket failed to reach orbit after sliding sideways at liftoff. But in November, the LV0007 rocket successfully launched a test payload to orbit for the U.S. Space Force.

Update for 11:50 a.m. PT March 22: Space News’ Jeff Foust reports that the third customer for the Astra launch was Swarm Technologies, a subsidiary of SpaceX, which arranged for the deployment of 16 tiny satellites designed to facilitate Internet of Things connectivity:

Conclusion: So above is the Astra rocket launches satellites from Alaska, giving a elevate to Seattle-based Spaceflight Inc. article. Hopefully with this article you can help you in life, always follow and read our good articles on the website: Doshared.com 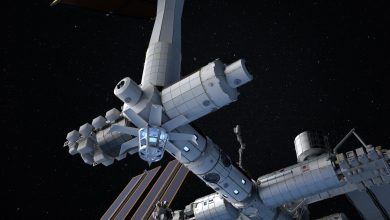 LEOcloud, Microsoft crew up with Axiom Area to place cloud infrastructure in orbit 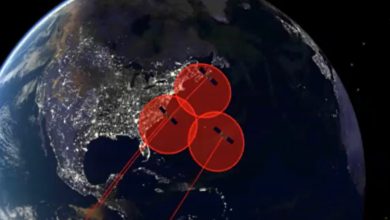 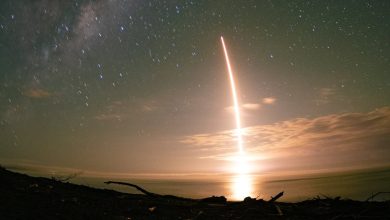 Spaceflight Inc. hails a pair of profitable launches because it offers with frictions in SpaceX relationship 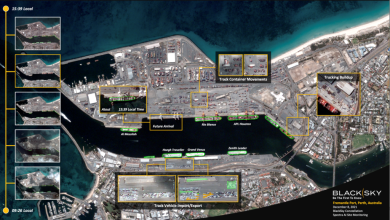