Make room for yet another competitor in the market to provide broadband internet access from low Earth orbit: Astra Space, the venture that went public with a helping hand from Seattle-area telecom pioneer Craig McCaw, is asking the Federal Communications Commission for authorization to launch as many as 13,620 bit-beaming satellites.

In today’s filing, a subsidiary known as Astra Space Platform Services says its V-band constellation would “bring new opportunities for reliable, high-speed communications services to select enterprise, government and institutional users and partners around the globe.”

California-based Astra is best-known as a launch venture. Last December, it sent a test rocket to space from a launch pad on Alaska’s Kodiak Island and barely missed reaching orbit. Another orbital launch attempt is planned for as early as this month.

“Given the financing secured through its recent public offering, vertically integrated launch capability, and space systems design and operations experience, Astra is well-positioned to develop this project and to introduce new space-based services, including communications solutions, while maintaining a safe space environment, utilizing spectrum efficiently and without causing harmful radio frequency interference,” the company said.

Astra brought in about $500 million in cash proceeds by merging with a special-purpose acquisition company, or SPAC, that was headed by McCaw and headquartered in Kirkland, Wash. McCaw’s blank-check company, Holicity, was backed in turn by a sponsoring fund called Pendrell Corp. that counts Microsoft co-founder Bill Gates among its investors.

The combined company, valued at more than $2 billion, went public in July. Astra’s share price was $12.30 when it made its debut on the Nasdaq stock exchange, and closed today’s trading session at $9.85.

We’ve reached out to Astra and will update this report with anything we hear back.

McCaw, who now serves on Astra’s board of directors, pioneered cellular telecom service in the 1980s and early 1990s at McCaw Cellular. The Seattle-area company was acquired by AT&T in 1994 in a transaction that made McCaw a billionaire. In the late 1990s, McCaw was one of the investors (along with Gates) in Teledesic, an unsuccessful effort to provide satellite telecom service.

When the Astra SPAC deal was announced in February, McCaw told investors he had long believed that there’s “an amazing opportunity to provide communication satellites, essentially an internet in the sky, with the opportunity to provide the internet anywhere and everywhere.” He pointed to SpaceX’s Starlink and Amazon’s Project Kuiper constellations as evidence that such a vision was within reach.

SpaceX is currently leading the satellite broadband race, with limited service provided via a constellation of more than 1,600 satellites in low Earth orbit. This week, Amazon sought authorization to launch its first prototype Project Kuiper satellites next year. The British-Indian OneWeb venture has 358 satellites in orbit and is planning to begin offering service in Arctic regions this winter.

Also this week, Boeing won the FCC’s authorization for a 147-satellite constellation that would have to be fully deployed by 2030.

Like Astra, Boeing is planning to operate in V-band frequencies, as opposed to the Ku- and Ka-bands targeted by SpaceX and Amazon. Unlike Astra, Boeing was able to get its proposal approved during the first round of FCC licensing for non-geostationary satellite orbital services.  That means Astra’s application will have to be taken up during the FCC’s second round of consideration, along with other LEO satellite applications filed today by Telesat, Hughes, Inmarsat and other companies.

If the FCC approves all the applications that are in the works, that would open the way for having tens of thousands of satellites in low Earth orbit. According to a database maintained by the Union of Concerned Scientists, there are currently about 4,550 operational satellites in orbit. Assuming those figures are correct, about a third of all those spacecraft are SpaceX’s Starlink satellites, which are manufactured at the company’s facilities in Redmond, Wash.

Update for 12:35 p.m. PT Nov. 5: The FCC’s deadline for V-band satellite service applications using non-geostationary orbits was Nov. 4, so there were plenty of applications filed on the day of the deadline, including applications to add to constellations that have been already approved.

Conclusion: So above is the Astra Area joins broadband web race with proposal to launch 13,000 satellites article. Hopefully with this article you can help you in life, always follow and read our good articles on the website: Doshared.com 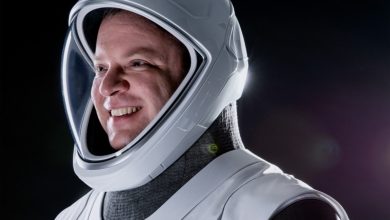 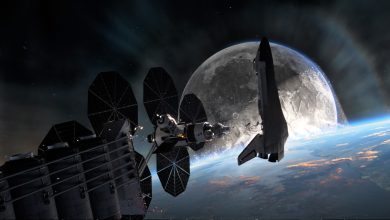