Many of the projects First Mode has worked on over the three years of its existence have to do with planetary exploration. For example, the company’s engineers have provided support for NASA’s Perseverance rover, which landed on Mars in February; and for the Psyche probe that’s due for launch to a metal-rich asteroid next year.

But other projects are much closer to home: First Mode is building a hydrogen-fueled power system for the massive trucks that Anglo American uses to haul ore out of its mines, and it’s designing a power module for the world’s first zero-emission race truck in Mexico’s Baja 1000 endurance race.

Those Earth-based engineering challenges represent a brave new world for Frank, who was part of the science team for NASA’s Messenger mission to Mercury and came to the Seattle area in 2016 to work at Planetary Resources, the asteroid mining company that fizzled out just as First Mode was forming.

First Mode has grown rapidly, despite the COVID pandemic. Two years ago, just before the virus took hold in the U.S., the company had 28 full-time employees. Today it has more than 150 employees, including more than two dozen at its Australian facility in Perth. First Mode is planning to add 170 more jobs in 2022.

Some of those jobs will be on the chief scientist’s team in Seattle. But Frank’s duties extend far beyond the Emerald City. She’s also the chair of the Commercial Advisory Board for NASA’s Lunar Exploration Analysis Group, and the co-author of a white paper for the National Academy of Science’s decadal survey that delved into the role of commercial space ventures in planetary exploration.

“I would like to see NASA have smaller missions, so that it’s OK for some number of those missions to fail in a way that allows technology to move forward,” she said.

The way Frank sees it, failure should be more of an option.

“This is not just something that NASA experiences,” she said. “We’re observing this directly with the mining industry as well. … When you get very comfortable with your technology, you’re afraid to change it — because you know how it works, and once you know how it works, you’re afraid to incorporate new technology because that could change your operation.”

In a wide-ranging interview with GeekWire, Frank shared her perspective on the intersection between science and technology, her role as First Mode’s “chief problem advocate,” and her plans for future projects. Here’s a transcript of the Q&A, edited for length and clarity:

Elizabeth Frank: Let me start by explaining where we’ve been and where we’re going. We started with this hypothesis of trying to figure out if we could take the principles and practices of space systems engineering that we use to deliver spacecraft and launch them, and apply those principles to solve complex problems here on Earth. We’ve been testing that hypothesis over the past three years or so with projects like the haul truck power plant that we’ve been developing with Anglo American, as well as work in space, such as our work supporting the Psyche mission.

So, we’ve had this sustainability angle and this space angle that have been working in parallel. Across those examples of work, as well as other projects, we’ve been converging on several core capabilities for the company — and those are mobility, power systems, designing for extreme environments, and systems integration.

Now we’re at the point where we’re growing rapidly, and we want to be really strategic about where we’re directing resources. We started by taking principles from space engineering and applying them to terrestrial work. Now we want to learn from Earth-based problems and apply those lessons back in space — and at the same time, figure out how those things intersect. How do projects relating to space and exploration intersect with sustainability solutions?

As a scientist, I’m very intrigued by the opportunities. I’m interested in finding out how First Mode can take its core capabilities and apply them to problems across Earth science, climate science, oceanography — areas that require a deeper understanding to provide actionable solutions, but really require a scientist to define the problem. And so that’s where I’m coming in as chief scientist to create a roadmap of what those opportunities are, and where unique problems exist that First Mode can address.

Q: Some people make a big distinction between science and engineering, and First Mode is primarily an engineering firm. Does that require a transition as well, to think in terms of not so much pure science, but applied engineering?

I became particularly passionate about planetary science while I was an undergraduate and pursued a Ph.D. in planetary science, specifically planetary geochemistry. During that experience, I realized I didn’t really want to be a professor. Teaching wasn’t for me. But I had a hard time picking one particular direction for my entire academic career, if I were to be an academic.

That was validated for me when I was working on Messenger, which was literally the pinnacle of planetary science. That’s objectively cool, but there were elements of the realities of being an academic, particularly on soft money, that made me feel like it wasn’t the right environment for me. It made me realize you can be passionate about a topic, but not about a particular job.

I was really fortunate to go from this academic environment and take a year during my postdoc to figure out how to translate my skills into something that would be marketable for industry. I pivoted my career into Planetary Resources, the asteroid mining company, and there I was the first Ph.D. scientist in a team of engineers. It was there that I learned how to work the interface between science and engineering.

What it comes down to is, scientists tend to be very focused on the data that they need to answer a particular science question. Engineers are very focused on the system that’s required to actually execute a solution, but maybe they don’t always necessarily have an interest in the science itself. So you need folks who can work across that interface. That’s where systems engineering comes in, and I realized at Planetary Resources that my brain is wired like a systems engineer. I really like that big-picture perspective and seeing what the intersections are.

I’ve carried that experience into First Mode, and not just on projects specific to aerospace. I’ve worked with mining clients to help them define their requirements for projects. So really, I think a different title for my job would be “chief problem advocate.” I’m really good at defining what success looks like, writing that down and generating a list of requirements that engineers can design a solution for.

With this new job as chief scientist, I’m looking for good problems. That’s really what it boils down to: Where can First Mode address unique problems in oceanography or Earth science? The foundations of geology are the same across the solar system, so it’s actually a pretty holistic perspective. We’re just at the point now where we’re trying to see what the opportunities might be, so check back in six months.

Q: Does the fact that First Mode is an employee-owned company affect how you do your job, or does it really matter whether you’re an owner or whether you’re, say, working at a venture where you have investors who hold stakes in the company?

A: I very much care about what the employee who’s at First Mode wants to work on. Just as an example, when I first started doing my research into what kind of problems are good First Mode problems, I sent a message out to the entire company. I said, “Hey, what are your passion projects? What have you always wanted to work on? Set up a meeting with me, let’s chat.”

I want to learn more and see what the opportunities might be, because I really want to bring in work that the folks in the team are excited to work on and provide solutions for. I think that’s important for retention, for morale, and for feeling good at the end of the day about the work you’re doing. Research and development is not easy work. There are a lot of opportunities for things to go wrong, because you’re doing something for the first time. So, if you can abstract out a level after a bad day, and remember the impact that you’re having, I think that helps people get through those tough times and then feel good at the end about the work they’ve done.

Q: And if I can turn that question around, what is your passion project?

A: Oceans, I guess. I took an oceanography class when I was an undergrad, and I remember having my mind blown so many times during the class. What’s fun about being in Seattle is that there’s a thriving marine sector and ocean sciences community out here. I think leveraging the local resources and local knowledge that people have from experience in those fields is going to be really exciting for us, if we in fact end up going in that direction. I don’t know yet. So again, check back in six months and we’ll see if I’ve changed my tune on oceanography.

A: For any planetary scientist — or really, for anybody in a career looking for a change — it’s important to be open to new opportunities. Sometimes you think your career is going to go in one direction, but opportunities might present themselves to you that you didn’t actually expect. I hate the standard interview question, “Where do you see yourself in five years?” Because every time I think back five years ago, I couldn’t have predicted where I am now. So I think it’s important to accept the fact that careers can go in unexpected directions. Don’t limit yourself based on what you think you should be doing or what other people should think you should be doing.

Q: I’ve finished up my list of questions, but is there anything else you wanted to get across?

A: I guess there are two things. The first one is, I’m still really interested in any problems people have that require a crack team of engineers. So if any of your readers are looking for a multidisciplinary team of systems, electrical, software, mechanical, etc., engineers to solve their problems, whether it’s a field of science or whether it’s to move their company forward, they should reach out to me.

The other thing is that we’re still hiring like crazy here in Seattle and in Perth. So people should check out the job postings on our website and apply. We need to grow this team to help do all the things that we want to do, and I look forward to growing my team out next year.

Conclusion: So above is the First Mode chief scientist Elizabeth Frank spans the spectrum from Earth’s depths to deep house article. Hopefully with this article you can help you in life, always follow and read our good articles on the website: Doshared.com 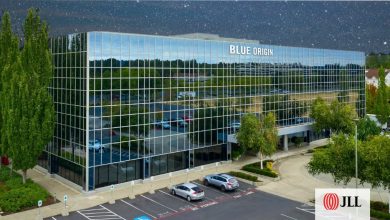 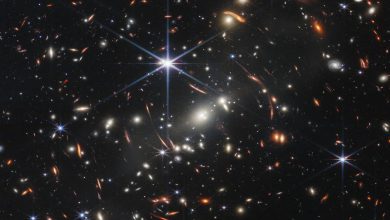 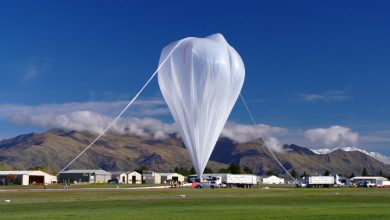 NASA provides a raise to 57 high-flying scholar experiments, together with one from the Seattle space 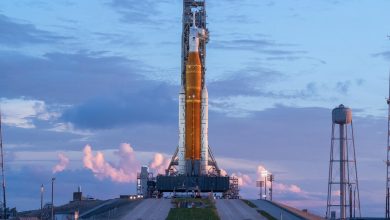 Learn how to look at NASA’s mammoth moon rocket elevate off, and why it’s a giant deal