And yet Scott Case, CEO of Recurrent, is unimpressed.

“Honestly, it is shocking that Washington isn’t the far-and-away leader by a mile on [EV] adoption because everything is favorable for us,” said Case, whose startup helps consumers nationwide shop for used EVs.

Thanks to its hydroelectric dams, the state has some of the cheapest, greenest electricity in the country. At the same time, Washington’s gas prices are among the nation’s highest. The region’s largely mild climate is a plus for EV performance: extreme cold can reduce an EV’s range and high temperatures can shorten a battery’s life over time.

“Washington is the best place in the country to own an EV,” Case said.

And now state leaders are considering adopting significant rebates for EV purchases, a policy that could propel Washington’s EV standings even closer to the top and expand who can afford zero-emission vehicles. Gov. Jay Inslee included the rebates in his proposed state supplemental budget, which lawmakers will consider during a 60-day legislative session that started this month.

“Washington state’s rebates — if passed — would amount to the most generous among currently enacted state EV subsidies,” said Corey Cantor, electric vehicles associate for the research firm BloombergNEF, by email.

“The used EV credit is high as well — and forward thinking as few states have grappled with these policies yet,” Cantor added.

The possible increase in EV purchases across the state would coincide with global trends — worldwide sales of EVs will surpass 10.5 million in 2021, up around 4 million year-over-year, according to BloombergNEF data reported by Axios.

The supplemental budget calls for a $100 million appropriation to cover the rebates. The state rebates would be offered in addition to current federal income tax credits for EV purchases.

Widespread EV adoption is essential to Washington reaching its target of largely eliminating carbon emissions by 2050. Transportation accounts for nearly half of the state’s carbon footprint, with most of those emissions coming from on-road vehicles.

“Currently, our state’s primary incentive for zero-emission vehicle purchases comes from a sales tax exemption, but that is woefully inadequate to the task at hand,” Inslee said at a media event in December. “So we need to up our game.”

There are 86,226 electric and plug-in hybrid electric vehicles registered in Washington, according to the state Department of Licensing. About three-quarters are fully battery-powered EVs. The number of these cars on the road has soared nearly 200% in the state over the past five years.

When it comes to going electric, “we have the technology. It’s just a matter of having the incentives in the right hands and having the infrastructure built up,” said Leah Missik, the Washington transportation policy manager with Climate Solutions, an advocacy group.

The proposal included in the supplemental budget would bring down the EV price tag for drivers, potentially broadening who can purchase the vehicles. At the moment, that profile is pretty narrow.

The city of Seattle is home to the most EVs in Washington, but per capita data shows higher concentrations of the vehicles in relatively affluent, tech-centric cities to its east. The Eastside is such an EV hub that the satirical news site The Needling just ran a headline: “Bellevue Hit-and-Run Narrowed Down to 800 Teslas.” Other top cities in the area include Redmond (Microsoft’s headquarters), Mercer Island, Sammamish and Issaquah.

Olympia, the state’s capitol, ranked high per capita given that the data include government fleets that have begun electrifying. In November, Inslee signed an executive order requiring the state’s entire vehicle pool to be electric by 2040.

And what kind of EVs are Washington drivers buying? Tesla, the lead EV producer worldwide, is top ranked in the state. The cheapest available Tesla — a base version of the Model 3 — is listed by the company at $46,490. It’s no wonder that EVs have been concentrated in the region’s well-heeled communities.

The proposal to give lower-income residents even larger rebates could help change that. In California, the state’s rebates are credited with helping spur purchases by low- and moderate-income consumers.

And more companies are starting to offer lower-priced cars and trucks and a greater variety of options — more than twice as many this year than last. Among American automakers, consumers have been so enthusiastic about the Ford F-150 electric pickup truck that the company keeps scaling up production. General Motors is rolling out electrified versions of many of its models, with some on display at the recent CES tech trade show in Las Vegas. California-based Rivian is on the hook for producing up to 100,000 electric vans for Amazon, while also selling high-end pickup trucks to consumers.

“2022 will be an interesting year to keep tabs on because in many cases EVs are being bought faster than manufacturers can produce them,” BloombergNEF’s Cantor said.

“Thus, increased subsidies may help broaden the possible people who can purchase EVs,” he added, “though the actual number of EVs sold may be more of a supply-side question of, can automakers navigate the chip shortage and other challenges to reach consumers, versus whether the EV demand is there in the short-term.”

Long-term demand does perhaps remain an issue. A recently released global study from Deloitte found that 69% of Americans expected their next vehicle will be powered by fossil fuels, while only 5% said it would be all-electric. An earlier study from Consumer Reports, however, reported that 71% of drivers were at least interested in purchasing an EV.

Many Pacific Northwest startups and businesses are counting on drivers to make the shift. Dozens of local companies are involved in EV manufacturing, while others support EV infrastructure. A short list includes:

In addition to uncertainty in the supply chain and with rebates, other adoption hurdles remain. In particular, there needs to be more EV infrastructure, including public charging stations and better charging solutions for people living in multi-family housing. Environmental groups advise that improvements and investments in public transit, biking and pedestrian infrastructure need to be paired with EV growth in order to reach the state’s carbon goals.

Case, who admittedly has a vested interest in the sector, predicts the momentum will keep building. He expects apprehension about EV tech and infrastructure to wane, and could even be replaced by a different fear.

“Nobody,” he said, “wants to be the last person to buy a combustion vehicle.”

Editor’s note: This story was updated Jan. 26 to clarify that if approved, the state rebates would be offered in addition to existing federal income tax credits.

Conclusion: So above is the How new rebates might spur widespread adoption of electrical automobiles in Washington state article. Hopefully with this article you can help you in life, always follow and read our good articles on the website: Doshared.com 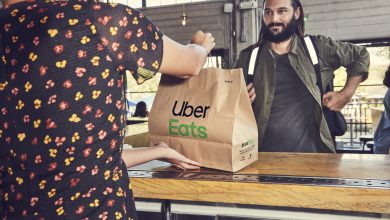 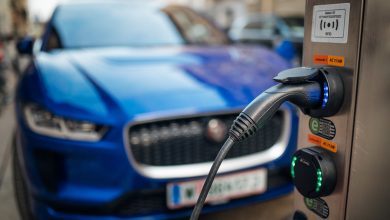 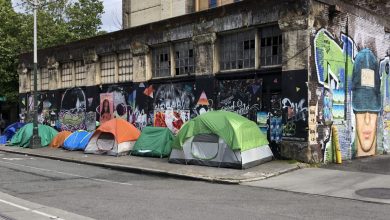 Seattle firms, charities give $10M to fund effort to lower homelessness in downtown