Last month, Apple introduced a new iPad Air with a larger 10.9-inch edge-to-edge display, a faster A14 Bionic chip, a USB-C port, and Touch ID built into the power button. The new iPad Air begins arriving to customers on Friday, and ahead of time, reviews of the device have now been shared by various media outlets and YouTube channels. Most reviews agree that the new iPad Air is the best tablet for the average customer, as it now has a similar design and features as the iPad Pro, despite starting at a lower price of $599, albeit with only 64GB of storage. iPad Pro models start at $799 with 128GB of storage.

If you’re looking to get an iPad right now and can afford it, the new $599 iPad Air is the best tablet for most people. Apple has taken the design from the more expensive iPad Pro and brought it down to a more reasonable price point. It’s $100 more than it was last year, but in return this year’s iPad Air has a bigger, better screen and a faster (and very intriguing) processor.

With so few differences between the iPad Air and the Pro, I’m forced to reconsider who the Air is for. Last year it was the perfect just-right tablet: it offered more features than the basic entry-level model, but was still more attainable than the premium Pro line. It was the best tablet for most people. This year, I would upgrade Air to the best tablet for almost everyone, and I’d even argue it’s Apple’s best high-end tablet. That is, until Apple upgrades the Pro with a new chip and more advanced display tech, which is almost certainly will.

The iPad Air is a remarkably capable device that offers many features of more expensive models for a lower price.

The iPad Air raises the baseline for what we should expect from iPad as a portable, versatile computer for everyone. If you’re looking for an 11″ tablet and think you can live without ProMotion and larger storage options, this is the iPad I recommend.

The $799-and-up Pro is arguably the “better” tablet. It has Face ID, four speakers versus the Air’s two, its screen is brighter, it has more cameras, plus a Lidar scanner for depth mapping and a higher refresh rate capable of smoother scrolling and gaming. There’s also a thousand-dollar Pro with a bigger 13-inch screen.

But I didn’t find myself missing the Pro’s features. The biggest difference is the price: Starting at $599, the iPad Air is essentially a budget Pro.

For reviewer comments on some of the specific features that are or are not included on the new iPad Air, read on below:

See also  Apple Watch Extremely Critiques: Greater and Higher, However Not a Garmin Killer But
Powered by Inline Related Posts

Viticci says the new Touch ID sensor in the power button is “fast and reliable” and easily recognized his fingerprints in nearly any orientation, regardless of how the fingerprint was originally registered. He did have trouble getting it to recognize his index fingerprints with the iPad held upside down, but that may have been an issue with awkward finger placement.

From a merely tactile standpoint, the longer shape and bump help in identifying the button by feel: on the 11” iPad Pro, I often find myself sliding my index finger up and down for a second to make sure I’m clicking the top button; on the iPad Air, the different texture, shape, and bump make the button impossible to miss at first touch.

Snell found that the fingerprint registration process requires a little more effort than on Home button Touch ID implementations, due to the narrower sensor.

Apple has done a good job of adapting this technology for this particular device. When training Touch ID to accept a finger, a user needs a bit more finger movement in order to scan the entire finger surface area, and Apple’s software does a good job at encouraging this. Also, once you scan the first finger, Apple’s software encourages you to scan a second finger on the other hand—I scanned both of my index fingers—in order to prevent having to flip the iPad over every time you need to unlock it.

One of the most significant compromises on the iPad Air compared to the iPad Pro is the display, as while they both offer a “Liquid Retina” LCD, the iPad Air lacks 120Hz ProMotion and is a bit dimmer (500 nits vs. 600 nits for the iPad Pro). Still, reviewers found the iPad Air’s display to be quite good, as noted by Wollman:

I don’t have much to complain about after using the tablet for nearly a week. I typed, browsed the web, streamed movies, scrolled through my Photos library. Everything looked sharp and punchy, but never oversaturated. The anti-reflective coating also meant I had some wide viewing angles.

Wollman did note that it’s a shame Apple hasn’t brought OLED display technology to the iPad yet, and while there are rumors of mini-LED iPad Pro models coming soon that will offer many of the same advantages of OLED, it will undoubtedly be a pricey high-end technology that will take time before it trickles down to more mainstream devices like the iPad Air.

Bohn lamented that the base iPad Air model comes with just 64GB of storage and that the only other available option is a big step up to 256GB at a $150 price premium.

My biggest complaint is about storage. The base $599 model has 64GB, which is a good enough amount today but may feel cramped over time. That’s not the complaint, though. The complaint is that there’s no 128GB option — to get more storage you have to spend $150 more for 256GB. At $749, you’re just $50 away from the 128GB 11-inch iPad Pro and you may as well just get that one. (Come to think of it, that’s maybe not an accident.)

With the iPad Air starting price already having increased by $100 over the previous generation, the price gap to the iPad Pro certainly closes substantially if you need more than 64GB of onboard storage.

Even though the iPad Air is a cheaper device than the iPad Pro, it has a newer chip in the form of the A14, compared to the A12Z in the latest iPad Pro. Benchmark testing found that the iPad Air registers faster single-core scores than the iPad Pro, but that multi-core and graphics benchmarks are fairly similar between the two devices, with the iPad Pro pulling ahead on some more intensive tasks thanks to its pro-focused optimizations. According to Bohn:

My advice: if you know exactly why you need a more powerful GPU or CPU on an iPad, wait for the next iPad Pro to get this new A14 chip or something like it.

If all you care about is that the iPad Air is fast and that it will let you do both iPad things and lots of real-work things, then yes: it can do that.

Conclusion: So above is the New iPad Air Opinions: ‘The Finest Pill for Most Folks’ With New Professional-Like Design and Options at Decrease Value article. Hopefully with this article you can help you in life, always follow and read our good articles on the website: Doshared.com 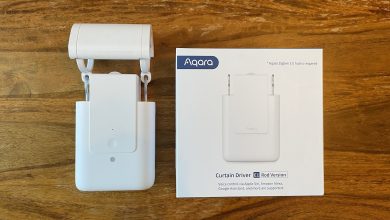 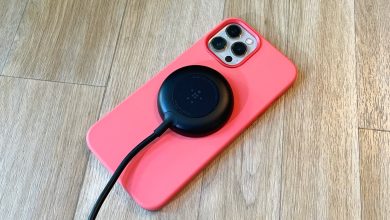 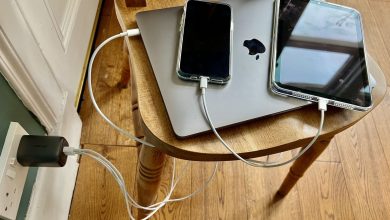 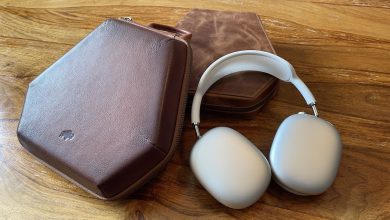