Jayapal returned to PATH this week for an online discussion with its CEO Nikolaj Gilbert, called “Ending this pandemic and preparing for the next.” She was joined by Umair Shah, Washington state secretary of health.

Jayapal talked about the pandemic response in the U.S., which has higher COVID-19 death rates than most other wealthy countries, what it will take to vaccinate the world, and how to combat misinformation.

Last year she co-founded the Global COVID-19 Vaccination Caucus, which pushes for the manufacture, production, and distribution of vaccines in low- and middle-income countries. The group aims to protect populations in those countries and to prevent the worldwide rise of new variants like Omicron — which many scientists think likely arose in an unvaccinated, immunosuppressed individual. Only about 8% of people in low-income countries have had their first shot.

Read on for highlights from Jayapal’s responses to Shah’s questions. Answers are edited for brevity and lightly for clarity.

Shah: What did the the U.S. get right and not-so-right in its COVID-19 response?

Jayapal: What could we do differently? Many places that were hard hit by the SARS epidemic decades ago, like Taiwan and South Korea, invested heavily in their public health capacity. In the U.S., as the federal government has disinvested from state public health departments, it’s been left to the states to really see whether or not they could come up with the resources. Luckily, in Washington state, we have a strong public health system, much stronger than many, many other states.

Another aspect that many countries got right in responding to the pandemic is they had some sort of a universal healthcare system. In countries with universal healthcare, especially those with single payer systems, people who got COVID didn’t avoid testing or treatment out of fear of cost. I think there’s a certainty that universal healthcare offers during a global health emergency that’s crucial to dealing with a pandemic. Another thing that happened here in the U.S. that we had to deal with was that people got kicked off of their healthcare insurance because they lost their jobs.

What did we get right? The American Rescue Plan that we passed last year was absolutely crucial to the [vaccination] effort. It pushed federal dollars into state responses to make sure that we could get shots in arms, money in people’s pockets, and that we could at least start to invest more in public health infrastructure. Money for hospitals was absolutely crucial in those days when ICUs were getting overwhelmed at our hospital systems.

Unfortunately, I think we’re going to have to pick up and do a COVID supplemental [appropriations bill] for more funding this year, ideally in the first quarter because we are still having to deal with a lot of the unpreparedness of our system.

I also think we’re starting to re-prep the emergency pandemic response, which unfortunately had been dismantled in the last administration. I think now there is at least a recognition that we need to have pandemic preparedness very clearly identified. This administration has done that and we will invest in it.

Other countries like Germany put in place automatic stabilizers so that when an emergency happens, whether it’s a health emergency or an economic emergency, the government automatically kicked in levels of funding and social safety net support services and health services and other things that people would need. And I am trying very hard with my Paycheck Recovery Act and a few other [efforts] to do the same thing.

Imagine if we had economic stabilizers where if infection or unemployment reached a certain level … that those things would click in automatically and we wouldn’t need to go through a political process to answer an emergency or crisis in the country. But of course, we have made enormous progress in the last year with vaccines, with boosters. Investing in vaccine technology early under the last administration, to be fair, was very, very important as well.

Shah: What should the U.S. approach be to global vaccine inequity?

Jayapal: That is exactly the number one problem we’ve had since this pandemic started. And it’s of course reflective of other disparities, but we have to think about these issues, particularly in public health, across boundaries.

Through the progressive caucus we [the vaccination caucus] pushed the U.S. to come out firmly for the TRIPS [intellectual property] waivers so that we could license these vaccines around the globe, wherever there was capacity, and make sure that we could produce them in other countries. That is really critical. And President Biden did do that. But unfortunately, it was blocked by some of our European allies. We haven’t given up, but that is of course a longer-term strategy. At the same time, Tom [Malinowski], Raja [Krishnamoorthi] and I have been pushing for at least $20 billion to be put into quick domestic manufacturing production of vaccines here in the U.S., specifically to send to other countries.

And I know that we have done a lot. The President always talks about how we are the country that has contributed the most vaccines to COVAX [the international vaccine effort] and elsewhere. But frankly, I think it’s not enough. I think we have to do more. And we have to actually get to a scale that is going to make a difference. From my work at PATH I know it’s not just about providing the technology or the shot, we also have to invest in the public health systems in those countries so that we can get the shots from shipment to the arm. We should also be doing everything we can to decentralize the manufacture of vaccines.

The U.S. and all of the wealthier countries have to put a lot more money in. [Jayapal also earlier pushed for an International Monetary Fund-mediated mechanism for global assistance, called special drawing rights, and is advocating for more.]

Shah: Often the headlines are about vaccines, therapeutics or healthcare, but social elements often drive real outcomes of health. How do we prioritize those?

Jayapal: When we’re talking about equity, we have to look at all of these social determinants of health, and I think COVID really highlighted the large holes in our social supports here in the U.S. Whether that’s housing or worker protections, people don’t think of those as being connected to health, and yet they are absolutely intertwined with the effects of the pandemic.

If you look at the American Rescue Plan that we passed and signed into law last year that was so essential to getting our economy back, to getting shots in arms, to getting money in people’s pockets, this really embraced the overlap of those issues. And we did things like we increased the child tax credit, we increased the supplemental nutrition access programs, we provided support to homeowners and renters to stay in their homes. All of those things were fundamental.

The child tax credit alone has already cut child poverty in half and helped millions of Americans deal with the non-medical harm of the pandemic. Sadly, the last payment goes out [last] Friday. And so, we have work to do to make sure that these things continue.

Shah: How do we fight misinformation which, I would argue, has really been the second part of this pandemic that has made it even harder to fight the all the other aspects of the virus?

Jayapal: We’re doing that in part by looking at the social media companies and their responsibility to control disinformation. This is a very difficult subject. These companies do a lot of good, we all use their products, but the reality is that their algorithms are actually built around clickbait and not truth.

And so, we have been talking about this in Congress, taking it on through antitrust law, looking at what we need to reform in the communications laws to take on this disinformation and misinformation.

Shah: Other thoughts about the info-demic and how to tackle it?

Jayapal: In many countries where you have a universal health care system, the government is providing at least the means or the actual service of healthcare. And so, the government is the expert on healthcare, whereas here in the U.S. we don’t have that. And there’s a lot of anger from people, and mistrust, around even pharmaceutical drugs, for example, because people pay so much for a drug that was actually developed with the government’s benefit.

When you go back to the polio vaccine and you think about Jonas Salk, when he was asked why he didn’t patent the polio vaccine, he responded that people own the discovery. And when the inventors of prescription insulin patented the drug, they sold the patent for $1, with one inventor claiming that insulin “belongs to the world and not me.” And yet now, think about how much we pay for insulin.

I think that is part of what has created this mistrust. Part of what’s broken down is we have a healthcare system in this country where people feel like the government has not been the arbiter, or the provider, or the communicator of health care — even though we have very strong federal agencies like the NIH and the CDC and others.

Conclusion: So above is the Rep. Pramila Jayapal on vaccine fairness, misinformation, making ready for the following pandemic article. Hopefully with this article you can help you in life, always follow and read our good articles on the website: Doshared.com 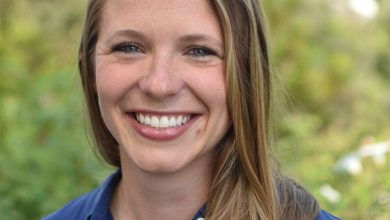 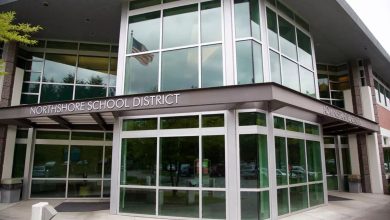 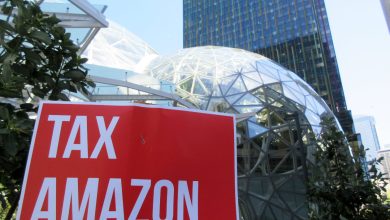