From movie recommendations to chatbots, artificial intelligence-powered applications are deeply ingrained in the modern web experience. But building those same features for a so-called Web3 business — such as adding an Amazon-like product recommendation feature to an NFT marketplace — is complex and costly.

Seattle-based Spice AI, which announced Wednesday that it raised a seed round of $13.5 million, aims to fix that.

“Think about a bunch of the services you would use today — Netflix, YouTube, Amazon — things that your grandma has probably used. Their experiences are really driven by recommendations,” Spice co-founder and CEO Luke Kim told GeekWire. “But it’s very hard to build those same experiences in the Web3 space because the infrastructure for it does not exist.”

Spice AI plans to supply that infrastructure through its own Web3 data warehouses. The startup indexes all the data from the major blockchain networks — such as Bitcoin, Ethereum and Solana — then stores and distributes it on a platform. Customers can then access that data to build AI-driven applications for their own blockchain companies.

“Spice AI is building the foundational platform for Web3, so developers do not have to invest in standing up their own infrastructure and in data engineering that is complex and costly, and frankly, hard to get right,” Madrona Venture Group partner Aseem Datar said in a statement.

Use cases vary across a wide variety of verticals. Web3 companies in industries ranging from financial services, fraud detection and retail are using the service to build out their own AI-powered applications. The platform, which is currently in its beta phase, has about 10 customers.

Kim co-founded the company in 2021 with Phillip LeBlanc. The duo worked together at Microsoft on Azure technologies including Dapr and Azure Active Directory. Kim also co-created the Incubations team at Azure. Spice AI currently has fewer than five employees, but it will use some of its fresh cash to grow to a workforce of 10 engineers by the end of the year.

The startup’s relatively large seed round comes at a time when many venture capitalists are pulling back on their bets on crypto-related startups. VCs invested just $6.76 billion into crypto companies in the period that ended June 30, representing a decline of more than 31% from the previous quarter, according to PitchBook. Spice has raised a total of $14.5 million in funding since 2021, including a $1 million pre-seed round in October.

According to Kim, the startup’s biggest competitors are experienced developers at Web3 companies that can source the data themselves, storing it in other software platforms like DataGrip or Snowflake. There are also a flock of startups looking to aggregate and store Web3 data, including Dune Analytics, which has a query system, and Nansen AI, a blockchain analytics platform that mainly focuses on financial transactions.

Blockchain networks have massive datasets, meaning Spice AI will take on hefty overhead costs to store the information. These costs, however, will eventually be amortized out to its customers.

“We can get some pretty good economies of scale out of it,” Kim said.

One of the main obstacles the startup will face is keeping up with the growing pains of the nascent crypto space. Solana, for example, has dealt with full or partial outages at least seven separate times over the last 12 months, Cointelegraph reported. Ethereum meanwhile is merging its platform to a new authentication process in the coming week.

“You have to do a bunch of work and testing around, making sure all that tech works and continues to work,” Kim said. “The space is changing very quickly.”

Conclusion: So above is the Seattle startup raises $13.5M to assist builders construct AI-driven purposes on the blockchain article. Hopefully with this article you can help you in life, always follow and read our good articles on the website: Doshared.com 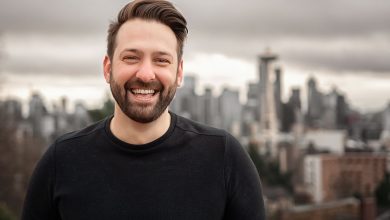 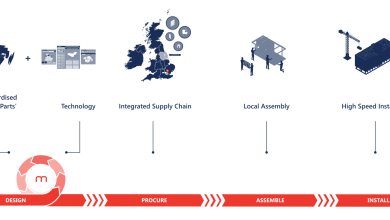 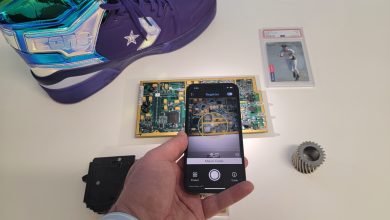