This week on the GeekWire Podcast: Salesforce strikes a deal to acquire Slack for $27.7 billion; Amazon Web Services makes some surprising news at its annual re:Invent cloud conference; and a new tech giant arrives in our backyard.

Joining us on this episode is Matt McIlwain, managing director at Seattle-based venture capital firm Madrona Venture Group, offering his commentary on the implications of these developments for the region, and for the world of cloud and enterprise technology.

McIlwain invests in software and data-oriented companies in areas including cloud computing, intelligent applications, and the intersection of life science and data science. He’s also a board member and past chair of the Fred Hutchinson Cancer Research Center in Seattle.

Listen below, subscribe to the GeekWire Podcast wherever you listen, and continue reading for highlights and takeaways from this week’s show.

A new unicorn in Seattle: First up is the news that Tanium, a $9 billion cybersecurity company with more than $430 million in annual revenue, just moved its headquarters from the San Francisco Bay Area to the Seattle region.

The company inked a lease for just under 7,000 square feet of office space on the fifth floor of the 3000 Carillon Point building in Kirkland, a relatively modest footprint. However, Tanium CEO Orion Hindawi says he expects to “expand pretty materially” in the region, noting that he wouldn’t be surprised if the company occupied as much as 50,000 square feet in the next couple of years. Venture capital behemoth Andreessen Horowitz is among Tanium’s ackers.

Reacting to the story on Twitter this week, McIlwain wondered aloud if Seattle has what it takes to keep these big tech companies here.

Does Seattle have the strategic vision to retain companies like @tanium and @amazon? https://t.co/kNaomd6YNZ via @GeekWire

Expanding on that theme during the podcast, McIlwain said he believes that the “digital first” mindset brought about by the pandemic will persist after it ends. He said he hopes business leaders, nonprofit leaders, community leaders, and political leaders will recognize the consequences of those changes and as they set regional strategy and policy. McIlwain led a campaign against Seattle’s income tax on high wage earners, which has since been overturned by the courts.

“The talent is quite mobile, and will go to places that are welcoming, even if those places are Bellevue, as as evidenced by where Amazon is putting all its incremental people in the greater Seattle area,” he said.

Salesforce’s deal to acquire Slack for $27.7 billion could create tougher competition not just for Microsoft Teams but also for Adobe, which is acquiring work management platform Workfront for $1.5 billion, McIlwain noted. The move plays into Slack’s need for broader distribution, and Salesforce’s need to strengthen its position in workplace communication and collaboration.

In the context of that acquisition, McIlwain and GeekWire’s John Cook got into a lively back-and-forth over whether it’s still possible to build a standalone enterprise technology giant, on the order of a $100 billion valuation, given the market power of the incumbent tech companies, and their habit of acquiring smaller competitors before they can reach their full potential.

McIlwain pointed to Snowflake, in which Madrona is an investor, to bolster his case that it can still be done. The data warehousing company surpassed a $100 billion valuation this week.

The big surprise of the week was the unveiling of an AWS service that offers software developers access to macOS on-demand in the cloud for the first time.

And in a big move, Amazon announced new variations of its services for managing software containers, dubbed ECS Anywhere and EKS Anywhere, saying that customers would be able to run them in their own data centers in addition to “any infrastructure.”

While the company didn’t exactly trumpet this fact, “any infrastructure” does in fact, include applications running on Microsoft Azure, Google Cloud and other competing cloud platforms. It’s an implicit recognition by AWS of the growing realities of the multi-cloud world.

McIlwain, who has attended the conference for nine years, said Amazon’s re:Invent announcements so far this year have extended its existing big bets, rather than introducing revolutionary new technologies. The conference continues for two more weeks. A keynote Tuesday Dec. 8 by Swami Sivasubramanian, Amazon vice president of artificial intelligence, will be closely watched.

GeekWire Trivia: And finally, listen to the end of the show for a new installment of our tech trivia contest, with a chance to win a GeekWire mask or socks.

Conclusion: So above is the GeekWire Podcast: Seattle area’s new tech big; ‘Slackforce’ evaluation; AWS re:Invent takeaways article. Hopefully with this article you can help you in life, always follow and read our good articles on the website: Doshared.com 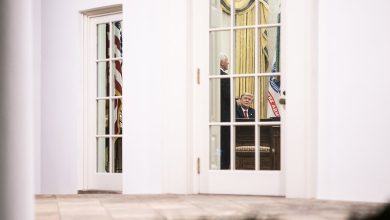 ‘This has not occurred earlier than’: Tech historian on Trump, social media, and an unprecedented second in American historical past 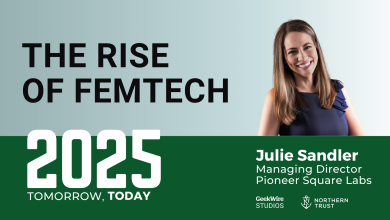 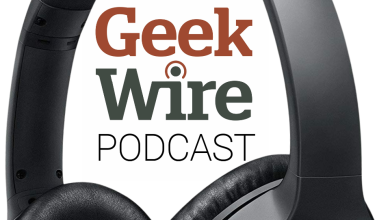 What are you grateful for in tech? We’re compiling reader and listener submissions this week