A space probe the size of a school bus is on its way to smash into an asteroid the size of Egypt’s Great Pyramid, directed by thruster systems built by Aerojet Rocketdyne in Redmond, Wash.

This is no “Armageddon,” and there’s no need for Bruce Willis to ride to the rescue. But the experiment is expected to help scientists figure out how to divert a dangerous asteroid heading for Earth should the need arise. That’s one giant leap for planetary defense — and for Aerojet Rocketdyne, whose made-in-Redmond thrusters have been used on dozens of space missions.

“We’ve been to every planet in the solar system,” said Joseph Cassady, Aerojet’s executive director for space. “But this is the first time we’ve ever done something that’s really truly planned as a defense against threats to life on Earth. The test we’re going to do here is really the first step in getting ourselves ready as a species to react and respond if we ever are threatened in that way.”

NASA’s Double Asteroid Redirection Test mission, or DART, got off to a showy start with tonight’s launch of a SpaceX Falcon 9 rocket from Vandenberg Space Force Base in California. Liftoff occurred at 10:21 p.m. PT, at the end of a smooth countdown.

See also  NASA ‘inspired’ by tanking take a look at for SLS moon rocket, however launch plan remains to be in flux
Powered by Inline Related Posts

Tonight’s launch marked the first leg of a 10-month journey to a double-asteroid system that’ll be nearly 7 million miles away from Earth at the time of the encounter. The larger asteroid, called Didymos, is about half a mile wide — but that’s not DART’s target. Instead, Aerojet’s thrusters will guide the spacecraft to hit the smaller asteroid, known as Dimorphos.

Dimorphos, which is about 525 feet wide, orbits Didymos like our moon orbits Earth. In fact, the asteroid was nicknamed “Didymoon” before it was given its official name last year. Dimorphos makes a complete circuit in 11.9 hours, and if everything goes just right, researchers expect the kinetic effect of DART’s collision to shorten that orbital period by as much as several minutes.

There’s no chance that Dimorphos will break up, veer out of orbit or head in Earth’s direction — which is what typically happens in movies like “Armageddon” (starring Bruce Willis) or “Don’t Look Up” (premiering next month on Netflix).

Mission controllers at Johns Hopkins University’s Applied Physics Laboratory have programmed the probe to control Aerojet’s onboard thruster systems autonomously, so that it hits Dimorphos cleanly at a velocity of about 15,000 mph.

A shoebox-sized, Italian-built piggyback probe — known as the Light Italian CubeSat for Imaging Asteroids, or LICIACube — will be deployed from the main spacecraft 10 days before the encounter and hang back to capture images of the smash-up from a safe distance. Meanwhile, DART will be sending back images of Dimorphos all the way up to the moment of impact.

Based on NASA’s experience with a comet-smashing mission in 2005 called Deep Impact, DART’s destruction should be a real blast. In fact, it could take years for the dust to settle. In order to get a clear picture of the collision’s aftermath, the European Space Agency is planning to launch a reconnaissance probe to the double-asteroid system in 2024.

Dimorphos is far smaller than the mega-asteroid that wiped out the dinosaurs 66 million years ago. But it’s far bigger than the 65-foot-wide asteroid that broke up spectacularly over Siberia in 2013 and turned a brighter spotlight on the potential threat from asteroids and comets. An asteroid the size of Dimorphos could wipe out a city if it hit in just the wrong place.

For that reason, scientists will closely analyze the findings from the DART mission and factoring them into their calculations for changing the path of a threatening asteroid — perhaps with a kinetic impactor like DART, or a “gravity tractor” that could make a subtler course correction, or a nuclear blast if time is short.

Engineers at Aerojet Rocketdyne will closely analyze DART’s performance as well, and not just because of the planet protection angle. The $330 million mission also marks the first in-space use of the NEXT-C electric propulsion system, which was developed by Aerojet’s Redmond team in collaboration with NASA’s Glenn Research Center and Ohio-based ZIN Technologies.

Cassady said NEXT-C would be well-suited for deep-space missions aimed at bringing back pieces of a comet or an asteroid — perhaps in the next phase of NASA’s campaign to develop a planetary defense system.

“It’s a good fit because DART could use us,” he said. “It’s not as stressful of a mission as a comet sample return mission would be. But it’s a good proof that the engine can do the things we’ve said it will do in space, and we’ll wring everything out. It’s almost like our shakedown cruise, and then we’ll have it ready for that next mission.”

Check out these images of tonight’s launch:

Conclusion: So above is the NASA begins DART mission to observe pushing away an asteroid, with an additional push from Aerojet article. Hopefully with this article you can help you in life, always follow and read our good articles on the website: Doshared.com 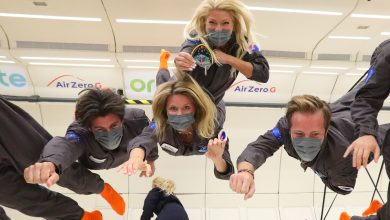 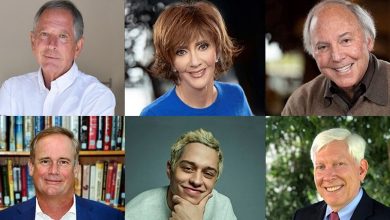 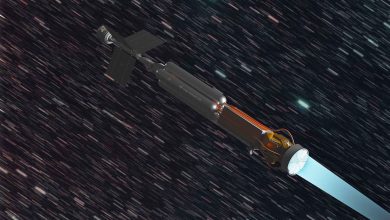 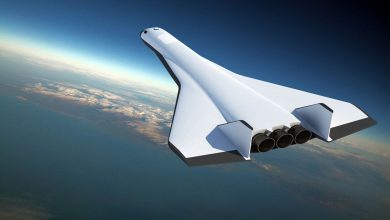