More than five years after its founding, Renton, Wash.-based Radian Aerospace is emerging from stealth mode and reporting a $27.5 million seed funding round to support its plans to build an orbital space plane.

The round was led by Boston-based Fine Structure Ventures, with additional funding from EXOR, The Venture Collective, Helios Capital, SpaceFund, Gaingels, The Private Shares Fund, Explorer 1 Fund, Type One Ventures and other investors.

Radian has previously brought in pre-seed investments, but the newly announced funding should accelerate its progress.

One of the company’s investors and strategic advisers, former Lockheed Martin executive Doug Greenlaw, said Radian was going after the “Holy Grail” of space access with a fully reusable system that would provide for single-stage-to-orbit (SSTO) launches.

It’ll take much more than $27.5 million to grab the grail: In the late 1990s, NASA spent nearly a billion dollars on Lockheed Martin’s X-33 single-stage-to-orbit concept before the project was canceled in 2001. But Radian’s executives argue that technological advances have now brought the SSTO vision within reach.

“What we are doing is hard, but it’s no longer impossible thanks to significant advancements in materials science, miniaturization and manufacturing technologies,” Livingston Holder, Radian’s co-founder and chief technology officer, said today in a news release.

Holder was part of the U.S. Air Force’s Manned Spaceflight Engineer program in the 1980s — and went on to become a program manager at Boeing, focusing on reusable space systems. The design for Radian’s space plane was inspired by Boeing’s 1970s-era concept for a Reusable Aerodynamic Space Vehicle, or RASP.

For the past few years, Radian has been working on rocket engine development at its Renton headquarters and at a testing facility near Bremerton, Wash. Ars Technica reported that the liquid-fueled engine is designed to provide about 200,000 pounds of thrust, and that the space plane would be powered by three of the engines. The current design would support carrying up to five people and 5,000 pounds of cargo into orbit, Ars Technica reported.

Radian says its space plane, called Radian One, would make sled-assisted takeoffs and airplane-like runway landings, with a turnaround time of as little as 48 hours between missions.

“Over time, we intend to make space travel nearly as simple and convenient as airliner travel,” said Richard Humphrey, Radian’s CEO and co-founder. “We are not focused on tourism, we are dedicated to missions that make life better on our own planet, like research, in-space manufacturing and terrestrial observation, as well as critical new missions like rapid global delivery right here on Earth.”

The company hasn’t announced a timetable for development or operations, but its founders hope to have the plane available to service commercial space stations that could be in orbit by the 2030s. Radian says it already has launch service agreements with commercial space station ventures as well as in-space manufacturers, satellite operators and cargo companies, plus agreements with the U.S. government and “selected foreign governments.”

For what it’s worth, one of Radian’s early-stage investors is Dylan Taylor, chairman and CEO of Voyager Space Holdings. Voyager Space is one of the partners in a commercial space station project known as Starlab.

“On demand space operations is a growing economy, and I believe Radian’s technology can deliver on the right-sized, high-cadence operations that the market opportunity is showing,” Taylor said. “I am confident in the team working at Radian and look forward to cheering them along in this historical endeavor.”

Update for 12:15 p.m. PT Jan. 20: In an emailed response to GeekWire’s questions, Radian CEO Richard Humphrey confirmed that there are 18 full-time employees in Renton, and that the latest funding round brings total investment to $32 million.

“This funding will primarily be used to support our next series of risk-reducing milestones that include main engine testing, composite tank testing, design maturation, aero analysis and customer development,” he said.

Humphrey said Radian is “planning to undergo an upgrade” at the Bremerton engine testing facility and expects to resume increased testing by midyear.

He declined to be more specific about Radian’s partners or potential customers. “Nearly all of our agreements are subject to NDA [non-disclosure agreements] so we are not able to share the specific names or values,” he said. “Notable is that we have a number of mission sets that we are focused on that include habitation, Earth observation, in-space servicing, downmass, launch and delivery, and over a dozen companies have signed on across all those areas.”

Conclusion: So above is the Radian Aerospace comes out of stealth and raises $27.5M for orbital house aircraft improvement article. Hopefully with this article you can help you in life, always follow and read our good articles on the website: Doshared.com 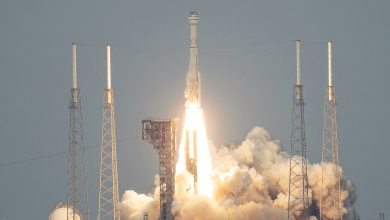 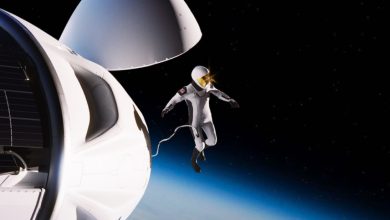 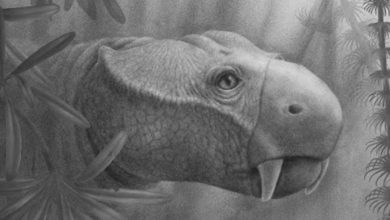 Paleontologists hint the evolution of tusks to toothy Triassic creatures 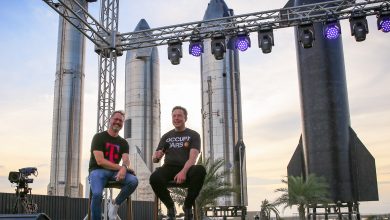 T-Cellular’s protection will get an enormous enhance from SpaceX’s Starlink satellites, beginning with texts