When Blue Origin’s New Shepard rocket ship lifted off from Launch Site One near Van Horn, Texas, every one of the crew capsule’s six seats was filled for the first time ever. During the reusable craft’s previous two crewed missions, in July and October, only four spacefliers were on board.

The sextet included Laura Shepard Churchley, the eldest daughter of the late NASA astronaut Alan Shepard. His suborbital mission made him the first American in space in 1961, and inspired the name of the spaceship flying today.

“We did it, yay!” Churchley could be heard exclaiming just before touchdown.

Afterward, Churchley said her spaceflight was probably unlike what her father experienced. “I thought about Daddy when I was coming down,” she told Bezos. “I thought, gosh, he didn’t enjoy any of what I’m getting to enjoy. He was working!”

Blue Origin’s other special guest for the flight was Michael Strahan, who became the first American TV anchor (and football commentator) by virtue of his status at ABC’s “Good Morning America” (and Fox Sports).

“I think it is safe to say that the word ‘touchdown’ has a new meaning for Michael Strahan today,” launch commentator Jacki Cortese said as the mission ended.

Back on the ground, Strahan said he was struck by the transition from the blue skies of Earth to the black sky of space. “It’s unreal,” he told Bezos. Strahan also mentioned the effect of high-G acceleration: “It’s not a facelift, it’s a face drop.”

Among the spacefliers paying an undisclosed fare were Bess Ventures founder Lane Bess and Cameron Bess, the first parent-and-child duo to go into space together. There’s a Seattle-area tech connection for Cameron, who uses he/she/they pronouns: They are a Twitch streamer (and a furry) who live in Redmond, Wash.

Rounding out the crew were Dylan Taylor, who is the chairman and CEO of Voyager Space and the founder of a nonprofit group called Space for Humanity; and Evan Dick, an engineer, investor and managing member of Dick Holdings LLC.

Having four paying customers and two guests on board meant that the crew capsule was a bit more crowded than during previous missions — especially considering Strahan’s 6-foot-5 frame. But it also signaled the start of what could be called routine operations for the Kent, Wash.-based venture’s suborbital space program.

After Bezos and three others finished up the first crewed flight, the billionaire said that Blue Origin had racked up nearly $100 million in privately negotiated sales, and each successful flight is likely to add to the client list.

“It’s fun to say that this is just the beginning,” Blue Origin CEO Bob Smith said.

Today’s mission was known as NS-19 because it marked the 19th launch of the New Shepard spaceship, a tally which includes uncrewed flights. It followed what’s now a well-established timeline: Capping several days of training, the six spacefliers rode Rivian electric trucks out to the launch pad, where they climbed up seven flights of stairs to enter the crew capsule and get a personal send-off from Bezos.

Liftoff came at 9:01 a.m. CT (7:01 a.m. PT), and New Shepard’s booster pushed the crew capsule to an altitude of 107 kilometers above mean sea level (350,878 feet, or 66.5 miles), just above the 100-kilometer (62-mile) Karman Line that marks the internationally accepted boundary of space. From that height, the spacefliers got out of their seats to experience a few minutes of weightlessness and gaze at the curving Earth outside the capsule’s giant windows.

Then the capsule made a parachute-aided descent to the Texas desert, while the booster made its own autonomous landing on a pad near where it took off. The whole trip took a little more than 10 minutes.

“Welcome back, guys!” Bezos told the crew when the hatch was opened.

After touchdown, the freshly minted spacefliers received custom-designed wing pins from Bezos. They’re also in line to get what could be the last commercial astronaut wings awarded by the Federal Aviation Administration. This week, the FAA said it would end its astronaut wing program in 2022, but would continue to recognize commercial spacefliers on its website.

Blue Origin’s capsule carried a load of souvenirs and mementos during today’s flight. There were postcards that were flown for the company’s nonprofit educational foundation, the Club for the Future — as well as Strahan’s football jersey and Super Bowl ring; a ring that Alan Shepard carried into space for his Mercury and Apollo missions; and a pansexual pride flag brought by Cameron Bess;

One memento was flown in honor of Leonard Nimoy, William Shatner’s co-star in Star Trek TV shows and movies. The “Live Long and Prosper” pendant was contributed by the late actor’s daughter, Julie Nimoy, in the wake of Shatner’s Blue Origin spaceflight in October.

See also  Because of new satellites, BlackSky picks up the tempo for updating area imagery
Powered by Inline Related Posts

“My dad would have wanted to launch into space and spread his enduring message of hope and inspiration for all to Live Long and Prosper,” Julie Nimoy said in a statement emailed.to GeekWire.

It’s continuing to work on a crew-capable lunar lander even though it lost out to SpaceX on a NASA contract this year, and a Blue Origin-led team recently won millions of dollars in NASA funding to flesh out its plan for a commercial space station known as Orbital Reef.

Update for 8:40 a.m. PT Dec. 11: Jonathan McDowell, an astronomer at the Center for Astrophysics, notes that there were a record 19 people in space during New Shepard’s flight. In addition to the six suborbital spacefliers, 10 people are on the International Space Station (including Japanese billionaire Yusaku Maezawa and his assistant, Yozo Hirano), and three are on China’s Tiangong space station.

Conclusion: So above is the Marking one other first, Blue Origin sends six spacefliers on a single suborbital journey article. Hopefully with this article you can help you in life, always follow and read our good articles on the website: Doshared.com 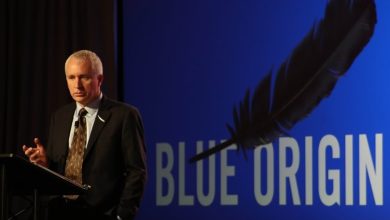 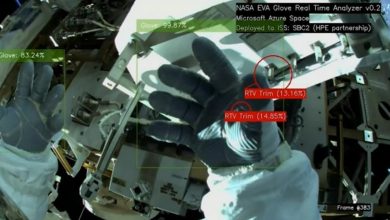 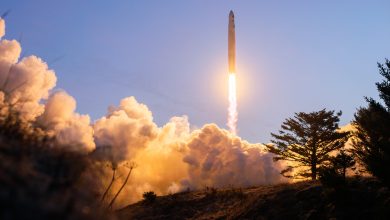 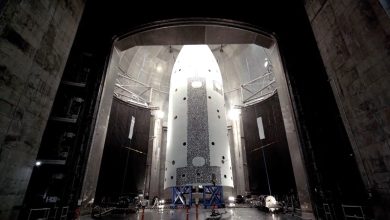