2021 was the year when that era truly dawned.

Sure, you could make a case for seeing the dawn in 2000, when a company called MirCorp basically leased Russia’s Mir space station for a commercial venture that fizzled out. Or in 2001, when customers began buying seats on Russian Soyuz spacecraft heading to the International Space Station. You could also point to SpaceShipOne’s rocket trips in 2004, which won a $10 million prize for a team backed by Seattle billionaire Paul Allen.

But it wasn’t until this July that the first paying customer took a suborbital ride to space on a privately owned spaceship. That was Dutch teenager Oliver Daemen, who flew in Blue Origin’s New Shepard capsule alongside the company’s billionaire founder, Jeff Bezos, his brother Mark and aviation pioneer Wally Funk.

We still don’t know how much Daemen’s family paid for his seat. However, we do know that a future Blue Origin flier, crypto entrepreneur Justin Sun, bid $28 million for a ride that’s due to take place next year.

Bezos is by no means the only billionaire pushing the commercial spaceflight revolution along: For more than a decade, British billionaire Richard Branson had been looking forward to being among the first to ride his Virgin Galactic venture’s SpaceShipTwo rocket plane — the heir to SpaceShipOne — to the final frontier. He got his wish in July, just days before Bezos flew.

And Shift4’s billionaire CEO, Jared Isaacman, took a whole crew with him to orbit in a SpaceX Crew Dragon capsule for the philanthropic Inspiration4 mission in September, with Isaacman footing the multimillion-dollar bill.

All those riders — including Bezos, Branson and Star Trek captain William Shatner, who was a guest star on Blue Origin’s second crewed flight in October — earned commercial astronaut wings from the Federal Aviation Administration. But as of New Year’s Day, the FAA will no longer be handing out those wings.

Now that 30 commercial astronauts have flown, future spacefliers will have to content themselves with having their name on a list that’s likely to grow ever longer, and wearing wings that are awarded by private companies rather than government agencies. Which is the surest sign that the dawn of an era has progressed to full day.

James Webb Space Telescope lifts off: The good news is that after years of setbacks and billions of dollars in cost overruns, NASA’s $10 billion JWST began its space odyssey on Christmas Day with a perfect launch atop a European Ariane 5 rocket. This week, there was better news: The launch was so perfect that the telescope should have enough fuel to keep operating for more than the 10 years that were originally anticipated. JWST is expected to zero in on targets ranging from the earliest stars and galaxies to the chemical composition of alien atmospheres.

Mars missions set milestones: Three interplanetary probes took advantage of favorable orbital parameters for their cruise from Earth to the Red Planet: The United Arab Emirates’ Hope orbiter began studying the Martian atmosphere from above in February. China’s Zhurong rover dropped off a wireless camera to snap an awesome selfie on the Martian surface. And NASA’s Perseverance rover sent the first Martian helicopter into the planet’s thin air in April. (The mini-copter is still flightworthy eight months later.)

SpaceX scores lunar lander contract: After months of deliberation, NASA chose SpaceX to build the first lander to bring astronauts to the surface of the moon since Apollo 17 in 1972. The space agency’s decision in April to go with a version of SpaceX’s Starship super-rocket sparked months of legal tussles with Blue Origin and Dynetics, which lost out. A federal court eventually ruled that NASA was right to give SpaceX the $2.9 billion contract. But Blue Origin isn’t out of the moon race quite yet: Jeff Bezos’ space company and several others (including SpaceX and Dynetics) are receiving millions of dollars from NASA to keep working on lunar lander concepts. .

See also  Learn how to look at NASA’s mammoth moon rocket elevate off, and why it’s a giant deal
Powered by Inline Related Posts

Russian satellite smash-up sparks worries: In November, Russia fired a missile to destroy one of its own satellites, setting off alarm bells about the risks posed by orbital debris — and about the potential for satellites to be targeted during future conflicts in space. The International Space Station dodged the threat, but experts who monitor objects in low Earth orbit have identified more than 800 separate bits of debris that were left behind. Just this week, a new dispute flared up over close encounters between China’s Tiangong space station and SpaceX’s Starlink satellites.

A big year for big rockets? 2022 could be the year that NASA conducts the first launch of its heavy-lift Space Launch System rocket, which is destined for Artemis moon missions. The Artemis I mission will send an uncrewed Orion capsule on a round-the-moon test flight, perhaps in the March-April time frame. Meanwhile, SpaceX is gearing up for the first orbital test of its Starship Super Heavy booster, United Launch Alliance is planning the first flight of its next-generation Vulcan rocket, and Blue Origin is targeting the end of the year for the debut of its orbital-class New Glenn rocket. There’s a caveat to the timing, however: A year ago, we thought 2021 was going to be the big year for all those big rockets.

More spaceships due for their debut: A year ago, we also thought Boeing’s Starliner space capsule would start carrying astronauts in 2021. Boy, were we wrong: It’s going to be at least another couple of months before Boeing conducts a second uncrewed test flight to the International Space Station, following up on a test that went awry two years ago. If the second test is successful, NASA astronauts could step aboard a Starliner later next year. Also in 2022, Sierra Nevada’s Dream Chaser mini-shuttle could make its first uncrewed cargo delivery to the space station.

See also  Whereas NASA will get set for its first Artemis moon mission, Aerojet is working forward
Powered by Inline Related Posts

NASA strikes back at an asteroid: NASA’s Double Asteroid Redirection Test mission is sending a spacecraft to ram into an asteroid the size of Egypt’s Great Pyramid next September, and a detailed study of the smash-up could help scientists figure out what to do if an asteroid or comet ever had to be deflected away from a catastrophic collision with Earth — as depicted in disaster movies like “Don’t Look Up,” which premiered this month. The real thing, observed from a safe distance, should make for quite a show.

The mega-constellation market takes off: SpaceX’s Starlink network is already making satellite broadband available on a limited basis, but 2022 is likely to be the year that space-based internet services go mainstream. It’s not only SpaceX: OneWeb is due to begin global broadband service soon, and Amazon could launch its first Project Kuiper prototype satellites in late 2022. Next year’s developments could also draw more attention to the downside of having all those satellites in low Earth orbit (see China vs. SpaceX, above).

Will Stratolaunch go hypersonic? Before he died in 2018, Seattle billionaire Paul Allen had high hopes for Stratolaunch, the space venture that built the world’s biggest airplane to serve as a flying launch pad. Now Stratolaunch is under new management, and after putting the Roc carrier airplane through its paces, the company is planning to start testing its reusable, rocket-powered Talon-A hypersonic vehicle in 2022. Will it actually fly? Stay tuned…

In honor of the 25th annual Year in Space roundup (and to reward you for reading this far), I’ll throw out this trivia question: What was the top story I highlighted in 1997’s first Year in Space recap? Email your answer to [email protected] I’ll update this report next year with the answer — and give a shout-out to the first person to get it right.

Conclusion: So above is the Yr in House: Jeff Bezos and his billionaire rivals lastly usher within the age of business spaceflight article. Hopefully with this article you can help you in life, always follow and read our good articles on the website: Doshared.com 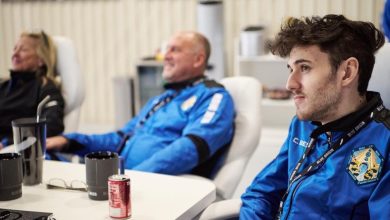 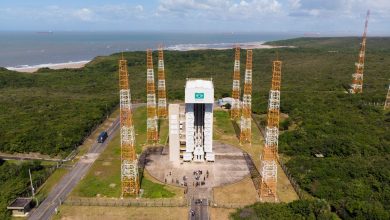 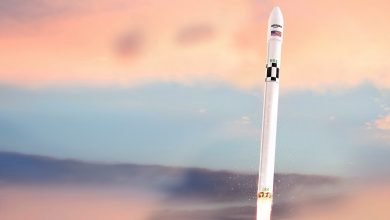 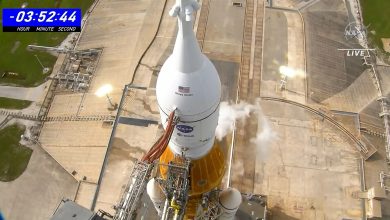